our survey for Transition Year , First year and the public! 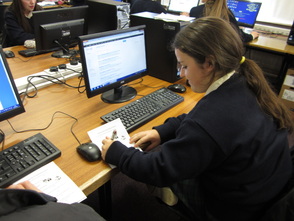 We were very interested to learn about the view of other people on the important and extremely relevant issues of climate change and energy efficiency. We carried out a survey to gauge the opinions of our peers and the general public.
Firstly we surveyed our peers in first year and in the fourth year.We constructed and distributed surveys for our year group, Transition Years, and for First Years in our school. We decided to do this get an insight into their views on Climate Change and Energy Efficiency. In total, we have surveyed 350 pupils, approximately, in our school!
We then surveyed the general public about their views on climate change and energy efficiency. We surveyed approximately 300 people.  What we found from the results of the surveys was that although people understand and accept that climate change and energy efficiency is an important and relevant topic, the message of energy efficiency and climate change had not reached the public in a way or at an age to make them consider it a huge deal.  This really made us believe in  our idea, that it needs to be taught at a much younger age and by someone influential. Most young children consider their teachers as God-like Oracles- so lets get them to deliver the message, but lets make it easy for them by giving them lesson plans and power points.

What type of energy do you use at home?
98% of people said they used fossil fuels and 2% of people said they used renewable energy. This was no surprise to us as at present, most of Ireland’s energy is derived from burning fossil fuels, either directly in the home or indirectly in power stations. Ireland is the fourth least energy secure country in Europe, meaning that we rely on imports for our fuel. There is a limited resource of these fossil fuels, and they cannot be replenished once their supplies have been exhausted. It is the consumption of these non-renewable fuels that leads to the emission of greenhouse gases and pollutants into the atmosphere. This shows clearly that we need to decrease our use of fossil fuels by installing things such as solar panels in home and increases the amount of wind farms.

Do you think it would be beneficial for your school to invest in a form of renewable energy?
93% answered yes and 7% answered no. This implies to us that most pupils support the idea of their school becoming more energy efficient and using renewable energy sources. The opinions of those that answered no may be swayed through further educating and campaigning on this extremely important and though provoking topic.

Do you think that our government should invest more in renewable energy?
90% of people answered yes and 10% answered no. This shows that a vast amount of people believe that the government should become more involved in making Ireland cut down on its use of fossils fuels and introduce more environmentally friendly energy sources such as solar panels, wind farms and hydro-power.

Is it better to formally introduce climate change and energy efficiency at a young age rather than wait until secondary school?
93% of people answered yes and 7% answered no. This shows that people agree that to sustain sustainability and raise the profile of these issues we need to target our younger citizens.


Would you like to see these topics formally included in the curriculum of existing primary school subjects.
93% answered yes and 7% answered no. Again this shows that people believe that children need to be educated early about the importance of energy efficiency and climate change. It also shows that people believe that the topics of climate change and energy efficiency merit as much importance as other subjects in school such as geography and English.


SEE BELOW FOR PIE CHARTS OF OUR SURVEY RESULTS
Why don't you fill our one of our surveys?
Powered by